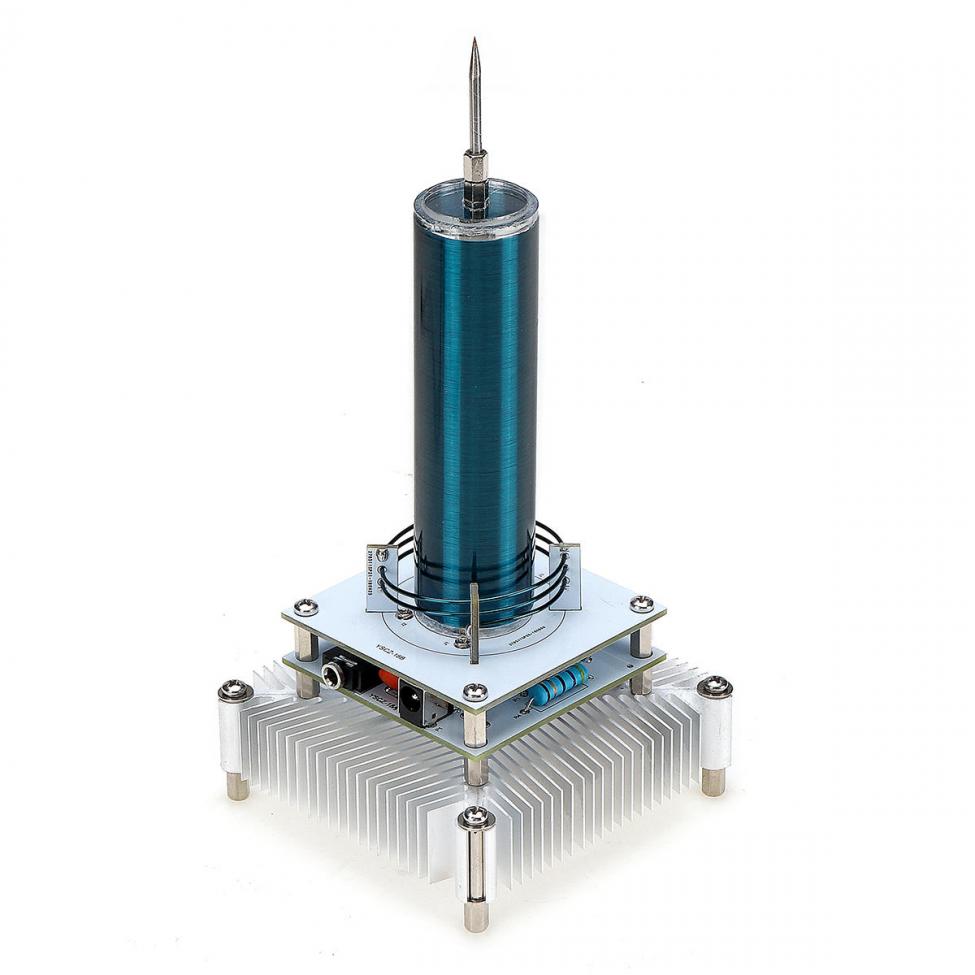 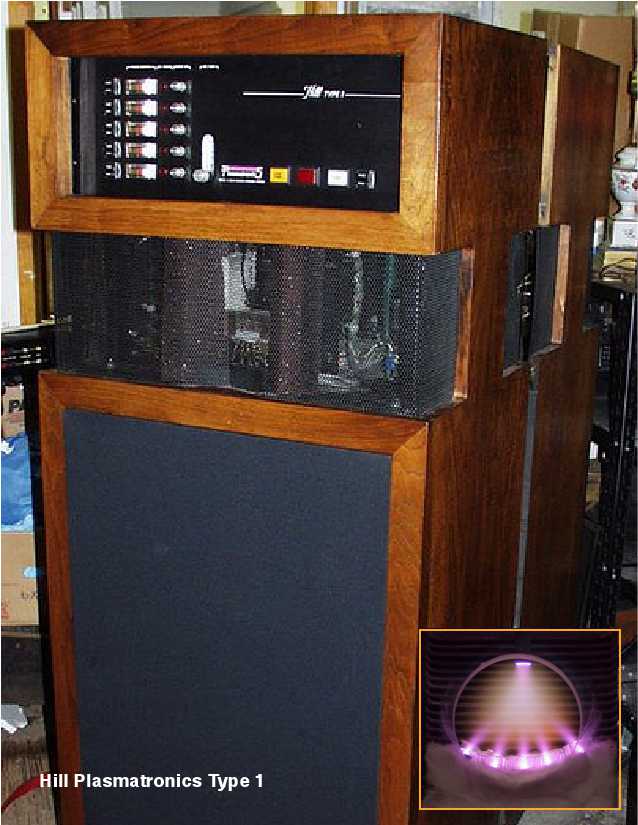 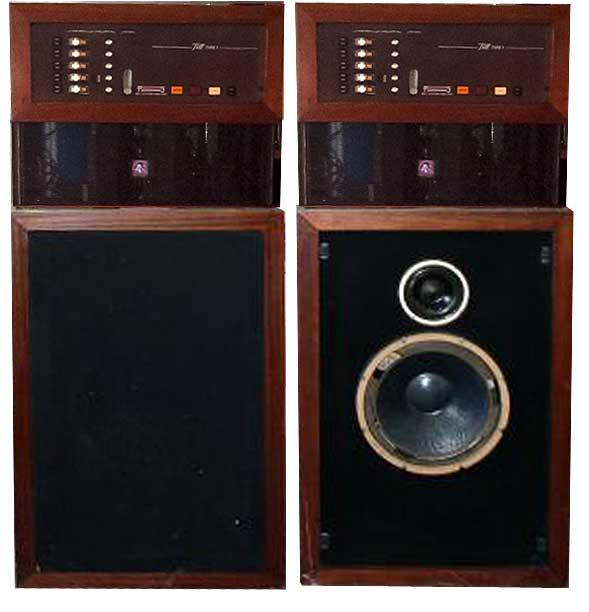 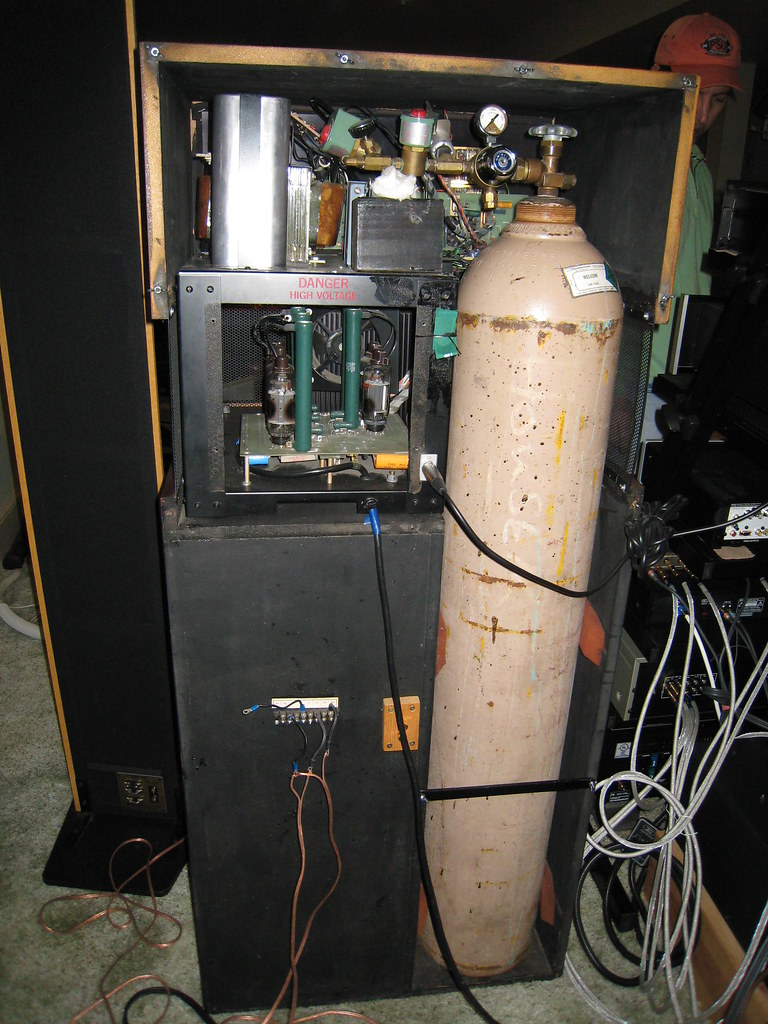 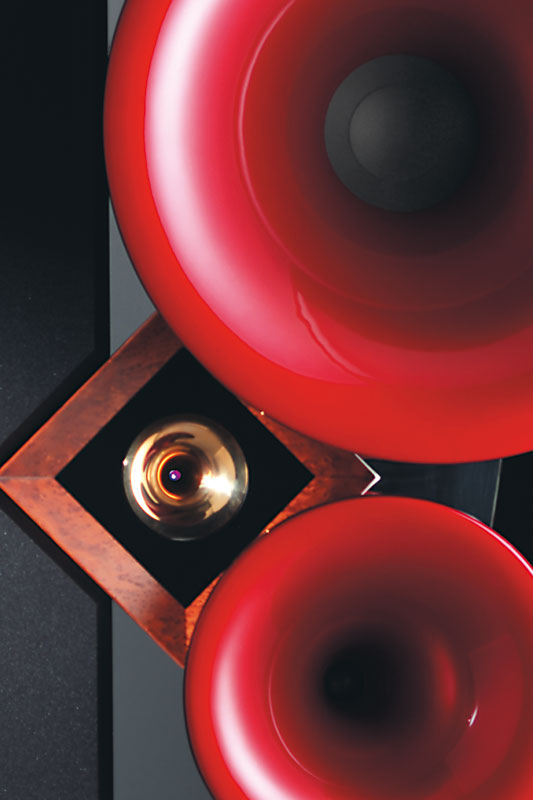 As Nelson Pass said of his massless “ion-cloud loudspeaker” described in the sidebar “[the speaker] gave new meaning to the word ‘transparency.’”

It’s the kind of sound that produces a “fool-you” realism of timbre, as well as “fool-you” palpability and immediacy. There was an ethereal character to the sound, as though the music existed independently of any electro-mechanical contrivance—“conjured out of thin air”

These qualities were nothing short of magical on female vocals

perhaps because the tweeters are AC-powered, the system always sounded cleaner at night than it did during the day, when the AC line would be noisier.


(Search YouTube for "singing flame" and you'll find many examples.) This principle was developed into a practical loudspeaker in 1946 by a French inventor, Siegfried Klein

Klein licensed his technology to several companies in the 1950s, including DuKane in the US, which had an agreement in 1958 with Electro-Voice to market the driver as the Ionovac. In 1965 the British company Fane produced a version of the Ionovac, the IonoFane, which I heard just once, used as the tweeter of a B&W P2 loudspeaker.

Siegfried Klein went on to develop the Magnat ionic speaker, which operates on a somewhat different principle. However, another German company, Ingenieurbüro Lansche (renamed Lansche Audio in 2003), was founded in 1998 by Rüdiger Lansche to manufacture a plasma tweeter descended from the Ionophone/Ionovac/IonoFane. This ionic tweeter was developed by Otto Braun, the erstwhile German distributor for the IonoFane and was originally sold as a complete package—including horn, RF generator, class-A amplifier, and power supply—to the DIY market, then to German manufacturer Acapella, which used it in the High Violoncello II loudspeaker, reviewed by me in September 2010.

In 2008 Lansche Audio developed a revised tweeter, the Corona, which they are not making available to other companies.


For those whose memories of ionic tweeters from other companies were colored by the unmistakable smell of ozone: I could detect no trace of that destructive gas coming from the brass horn
Du må logge inn eller registrere deg for å svare her.
Del:
Facebook Twitter Pinterest Tumblr WhatsApp E-post Link
Topp Bunn