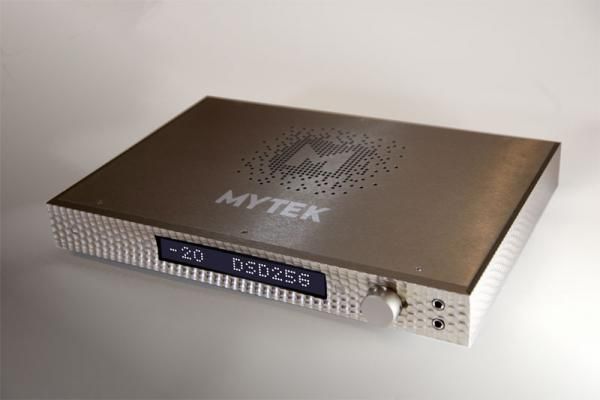 The Mytek Manhattan DAC Converter is Mytek's finest achievement. They listen, from the sound of their circuitry and parts all the way to their customers voices. Manhattan lets you hear the very same studio quality the mastering engineer has heard in their studio. They're proud to have created a new reference level design with a look and feel that's only surpassed by it's sound.

Today, with the advent of High Resolution Downloads it is possible for the first time to hear the sound of the studio in your home. In this vein, Mytek released the award winning Stereo192-DSD DAC, selling thousands of units around the world and earning a loyal, dedicated fanbase. Designed for professionals and consumers alike, the Stereo192-DSD DAC became Mytek's most successful product to date. Building upon this success. Mytek has now released the Manhattan DAC Headphone Headphone PT exclusively designed for home play-back environments. Working closely with the world's leading industrial designer, a modern beautiful component was created.