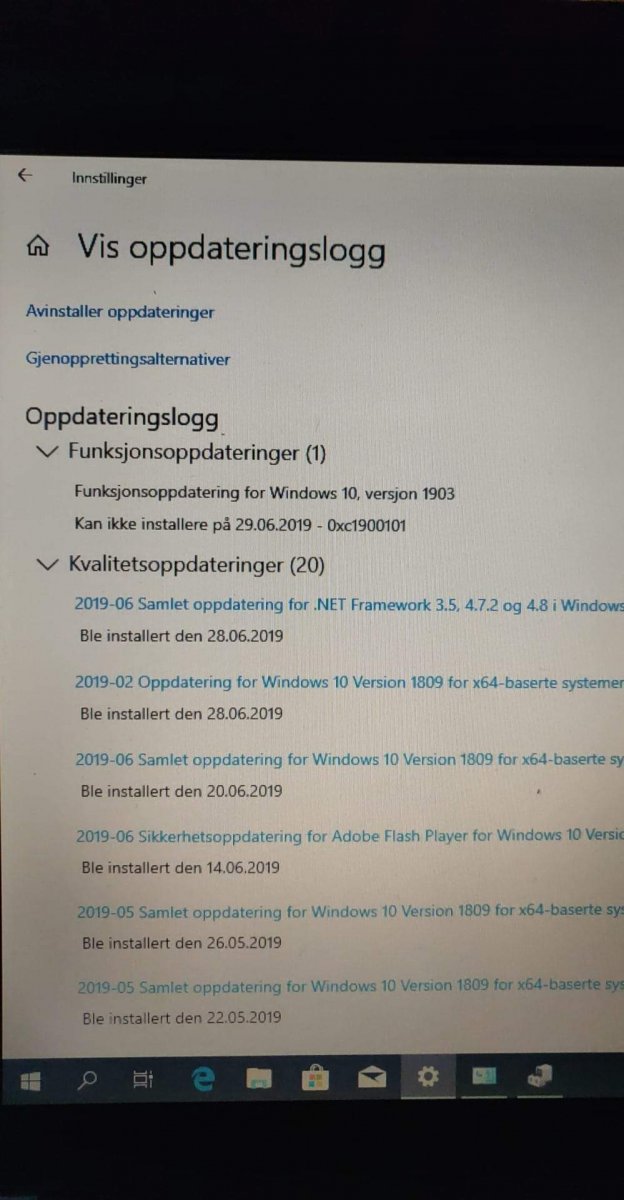 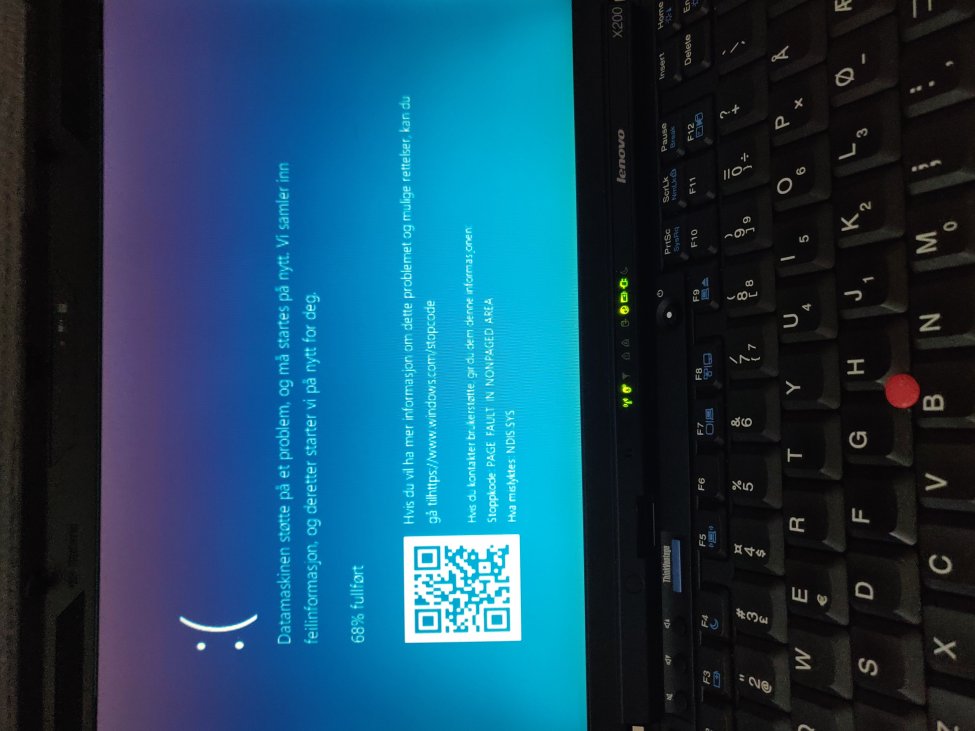 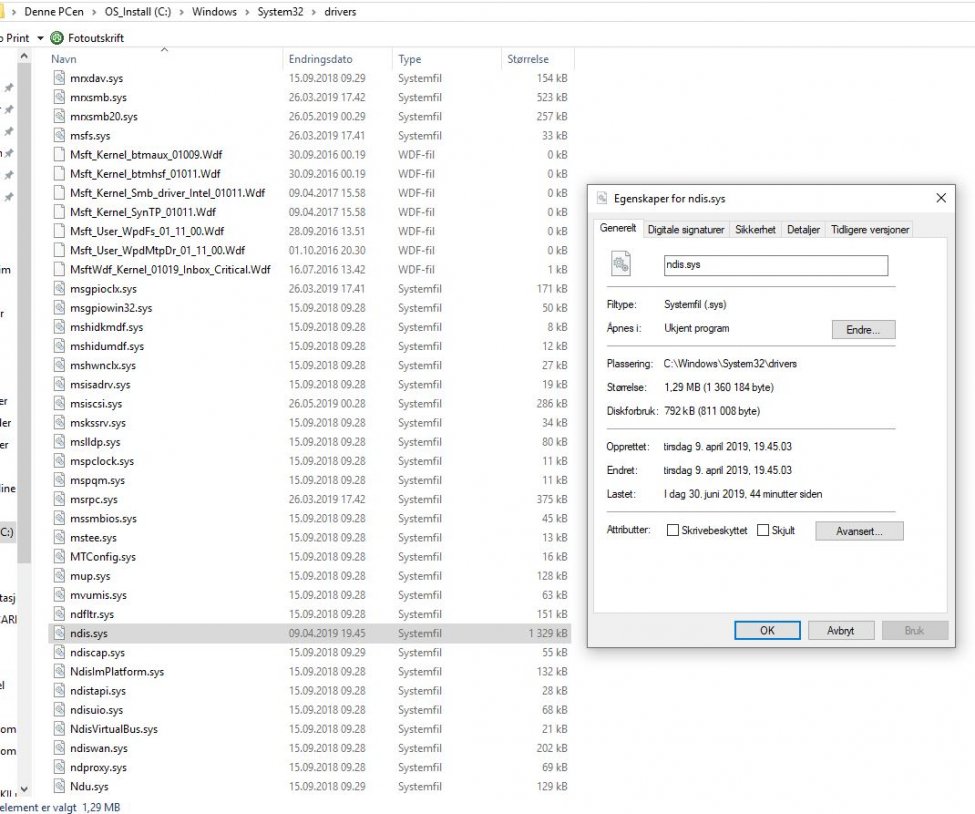 Yesterday, I initiated migration from Windows 10 1809 to Windows 10 1903. During process, at install time (auto reboot, then blue screen with percentage), at around 48%, system gave up with a BSOD, Pagefault in NDIS.sys and then stopped. On the next boot, system was restored to its previous state (1809).

So I investigated and retried again and again. The solution was to remove any unneeded network hardware driver during migration (I kept Centrino Wifi). I even turned off Wifi (green switch) once download phase has ended. I also removed the graphic card driver.

I think Ericsson F5521gw old 2011 Windows 7 driver was the culprit. Anyway, everything went ok, and I even installed it back after migration. Haven't tested it though. 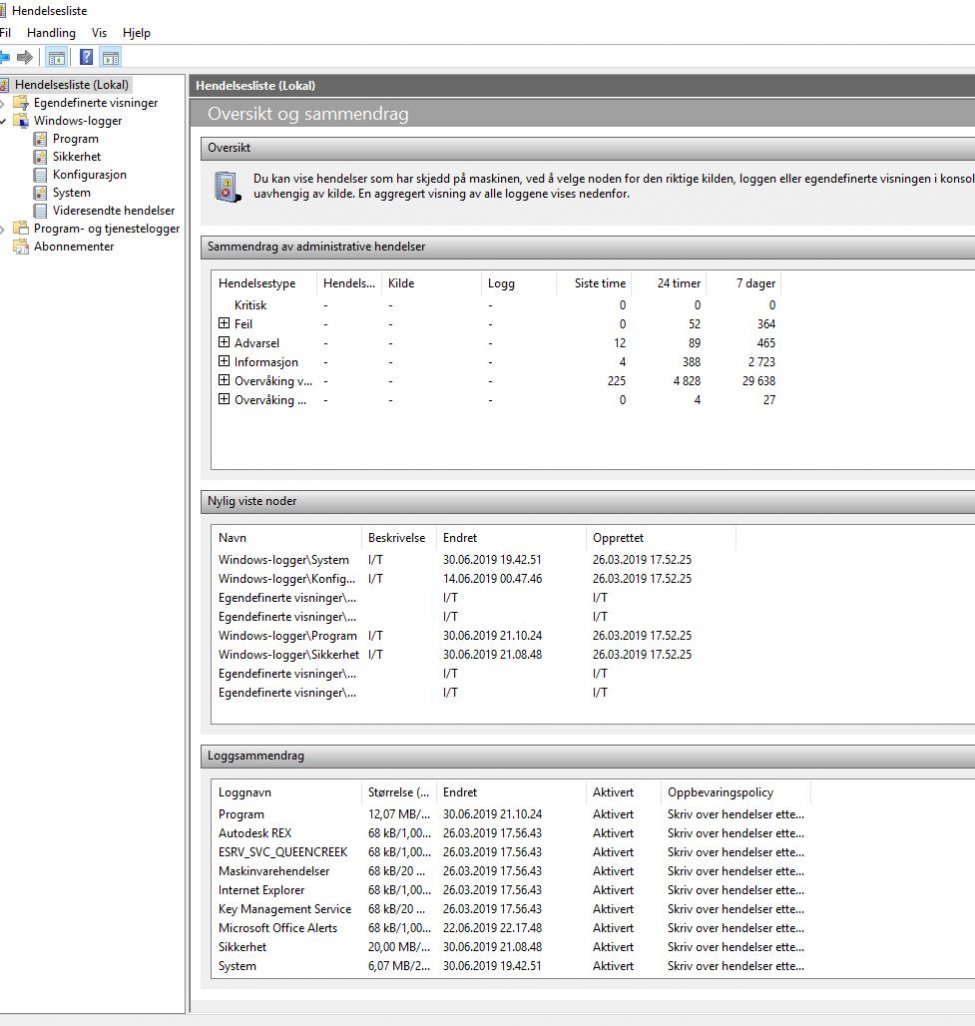 Lykke til
Klikk for å utvide...

Lykke til
Klikk for å utvide...