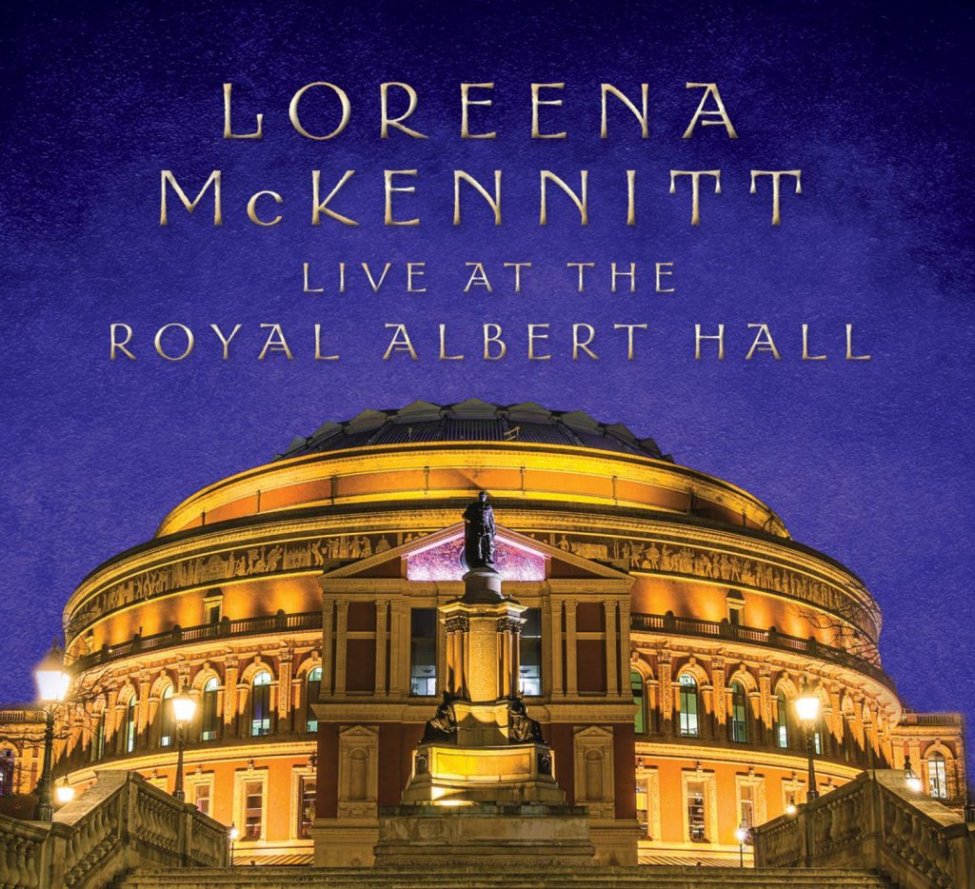 Hot on the heels of a busy spring and summer touring schedule, Loreena is poised to release a live recording of her celebrated March 13th performance at the prestigious and historic Royal Albert Hall.

The new recording, to be released this fall, is a two-disc package featuring 20 songs. It provides a substantially different collection of live songs from any of her previous live album releases. It also includes seven songs that have never been released as live tracks, six of which are from her latest album, Lost Souls. They include, ‘A Hundred Wishes’, ‘Ages Past, Ages Hence’, ‘Spanish Guitars and Night Plazas’, ‘The Ballad of the Fox Hunter’, ‘Manx Ayre’, and the title track ‘Lost Souls’.

Live at the Royal Albert Hall will be released to coincide with Loreena's 2019 tour dates in Ontario and Québec (see below) and will be available via the Loreena McKennitt online store and selected retailers worldwide. Full details to be announced later in 2019.

The performance at London’s Royal Albert Hall was part of Loreena’s spring tour. She’d performed there 26 years earlier, opening for British musician-composer Mike Oldfield, but this time she was the main act and to celebrate the occasion she brought in five special guest musicians to join her.

“The audience was ecstatic,” wrote Liz Thomson for The Arts Desk, a British arts journalism website. Reviewing the concert, she described McKennitt’s music as “Celtic yet also Arabic, the modalities and metrics of each music perhaps more similar than is at first apparent…World Music indeed – but music which shows that the world is indeed small and that there is, as always, more that links us than sets us apart.”

Joining her for the Royal Albert performance was renowned Egyptian percussionist Hossam Ramzy, Daniel Casares, of Spain (one of the top flamenco guitarists in the world), and Canadians Ben Grossman on hurdy-gurdy, bodhran, accordion and percussion, and Ian Harper on Uilleann pipes, bombard, the Turkish clarinet, flutes and whistles. Spanish musician Ana Alcaide played nyckelharpa.

“It was a fabulous night,” says Loreena. “It was exhilarating to have these five special guests and to perform together in such a prestigious, historic venue as The Royal Albert.”
Sist redigert: 01.07.2019