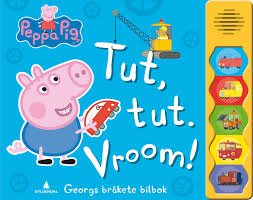 A woman always gets the last word in an argument, because anything a man says after that is the first words in a new argument.
Klikk for å utvide...

A successful man is one who makes more money than his wife can spend. A successful woman is one who can find such a man. Lana Turner
Read more at: https://www.brainyquote.com/quotes/lana_turner_160173
Klikk for å utvide...

35 Classic Quotes About The Differences Between Men & Women

1.
Men never remember, but women never forget.
—Unknown
2.
The main difference between men and women is that men are lunatics and women are idiots.
—Rebecca West
3.
Men and women are different. I don’t think men grow a brain until 26 or even 30. Girls mature a lot quicker.
—Cyndi Lauper
4.
Women are inclined to regret the sex they had, and men the sex they didn’t.
—Christian Rudder
5.
Men don’t think and differently from women—they just make more noise about being able to.
—Tamora Pierce
6.
Men know life too early. Women know life too late. That is the difference between men and women.
—Oscar Wilde
7.
When women are depressed they either eat or go shopping. Men invade another country.
—Elayne Boosler
8.
Man is always looking for someone to boast to; woman is always looking for a shoulder to put her head on.
—Henry Louis Mencken
9.
As lovers, the difference between men and women is that women can love all day long, but men only at times.
—W. Somerset Maugham
10.
The cocks may crow, but it’s the hen that lays the egg.
—Margaret Thatcher
11.
Any fool knows men and women think differently at times, but the biggest difference is this. Men forget, but never forgive; women forgive, but never forget.
—Robert Jordan
12.
There is a fundamental difference between men and women—women need romance, men need intrigue.
—Sherry Argov
13.
You’re only a man! You’ve not our gifts! I can tell you! Why, a woman can think of a hundred different things at once, all them contradictory!
—Georgette Heyer
14.
Men mourn for what they have lost; women for what they ain’t got.
—Josh Billings
15.
Women were different, no doubt about it. Men broke so much more quickly. Grief didn’t break women. Instead it wore them down, it hollowed them out very slowly.
—Cornelia Funke
16.
Man weeps to think that he will die so soon; woman, that she was born so long ago.
—Henry Louis Mencken
17.
The difference between the love of a man and the love of a woman is that a man will always give reasons for loving, but a woman gives no reasons for loving.
—Fulton J. Sheen
18.
Women are as old as they feel and men are old when they lose their feelings.
—Mae West
19.
It’s funny about men and women. Men pay in cash to get them and pay in cash to get rid of them. Women pay emotionally coming and going. Neither has it easy.
—Hedy Lamarr
20.
All over the world when you test men and women for facial cue recognition, women test…better. It’s a negotiation tool.
—Michael Gurian
21.
Women want a lot of sex with the man they love; men want to have a lot of sex with a lot of different women.
—Dermot Davis
22.
The difference between men and women is this—if you catch a woman butt-naked, she tries to cover the private parts with her hands. A man will sit there just like you found him even if he doesn’t have much to be proud of.
—Deb Baker
23.
In politics, if you want anything said, ask a man; if you want anything done, ask a woman.
—Margaret Thatcher
24.
Well, I have a theory that men don’t actually cry less than women, they just do it differently. Since we never saw our fathers cry, we are forced to invent our own unique method.
—Miranda July
25.
Women eat ice cream; men toast marshmallows.
—Dianna Hardy
26.
Men, being accustomed to act on reflection themselves, are a great deal too apt to believe that women act on reflection, too. Women do nothing of the sort. They act on impulse; and, in nine cases out of ten, they are heartily sorry for it afterward.
—Wilkie Collins
27.
Unlike men in the same position, women leaders have to continue to walk the fine line between appearing incompetent and nice and competent but cold.
—Cordelia Fine
28.
Under pressure, men drink alcohol and invade other countries; women eat chocolate and go shopping.
—Allan Pease
29.
Women tend to prefer men who make them laugh, whereas men tend to prefer women who laugh at their jokes.
—Glenn Geher
30.
The fundamental difference between the sexes is this: men make assumptions, but women rarely do.
—Stephen King
31.
Friends are generally of the same sex, for when men and women agree, it is only in their conclusions, their reasons are always different.
—George Santayana
32.
Men and women are different. Not better or worse – but different. Science knows it, but political correctness does everything it can to deny it. There is a social and political view that men and women should be treated equally, based on the strange belief that men and women are the same. They are demonstrably not.
—Unknown
33.
Women tend to communicate early and often about a problem. Men are more likely to view communication as a tool, and when they see it as the wrong tool for the job, they believe it should be stored neatly in the toolbox.
—Shawn T. Smith
34.
One of the most robust sex differences in personality research is the finding that women are higher in Agreeableness than men are. The difference is over half a standard deviation, which means that although there is plenty of overlap between the sexes, the average man scores lower than 70 per cent of women.
—Daniel Nettle
35.
Men’s brains may be bigger, but women’s contain more brain cells. Also, male and female brains work differently. When men and women perform identical tasks, different areas of their brains light up in response. In addition, females use both hemispheres, while male brain activity is restricted to one side.
—Kevin Leman
Klikk for å utvide... 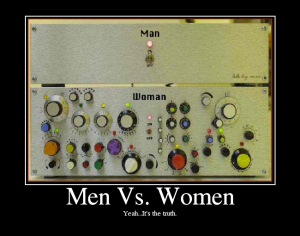 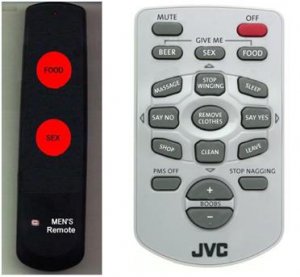 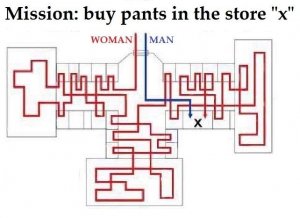