In February of 1936, Budapest Police were investigating the suicide of a local shoemaker, Joseph Keller. The investigation showed that Keller had left a suicide note in which he quoted the lyrics of a recent popular song. The song was "Gloomy Sunday".

The fact that a man chose to quote the lyrics of a little-known song may not seem very strange. However, the fact that over the years, this song has been directly associated with the deaths of over 100 people is quite strange indeed.

Following the event described above, seventeen additional people took their own lives. In each case, "Gloomy Sunday" was closely connected with the circumstances surrounding the suicide.

Among those included are two people who shot themselves while listening to a gypsy band playing the tune. Several others drowned themselves in the Danube while clutching the sheet music of "Gloomy Sunday". One gentleman reportedly walked out of a nightclub and blew his brains out after having requested the band to play "The Suicide Song".

In New York, a pretty typist gassed herself leaving a request that "Gloomy Sunday" should be played at her funeral.

Many claim that broken romances are the true causes of these suicides. However, this is debatable. For instance, one man jumped to his death from a seventh story window followed by the wailing strains of "Gloomy Sunday". He was over 80 years old! In contrast to this, a 14 year old girl drowned herself while clutching a copy of "The Suicide Song".

Perhaps the strongest of all was the case of an errand boy in Rome, who, having heard a beggar humming the tune, parked his cycle, walked over to the beggar, gave him all his money, and then sought his death in the waters beneath a nearby bridge.

As the death toll climbed, the B.B.C. felt it necesssary to suppress the song, and the U.S. network quickly followed suit. A French station even brought in psychic experts to study the effects of "Gloomy Sunday" but had no effect on the ever climbing death rate.

The composer, Rezső Seress, who in 1933 wrote "Gloomy Sunday", was as bewildered as the rest of the world. Although he wrote the song on the breakup of his own romance, he never dreamed of the results which would follow. However, as fate would have it, not even Seress could escape the song's strange effects.

At first he had a difficult time getting someone to publish the song. Quite frankly, no one would have anything to do with it. As one publisher stated, "It is not that the song is sad, there is a sort of terrible compelling despair about it. I don't think it would do anyone any good to hear a song like that."

However, time passed and Seress finally got his song published. Within the week "Gloomy Sunday" became a best seller, Seress contacted his ex-lover and made plans for a reunion. The next day the girl took her life through the use of poison. By her side was a piece of paper containing two words: "Gloomy Sunday".

When questioned as to just what he had in mind when he wrote the song, Seress replied, "I stand in the midst of this deadly success as an accused man. This fatal fame hurts me. I cried all of the disappointments of my heart into this song, and it seems that others with feelings like mine have found their own hurt in it."

As the months went by and the excitement died down, the B.B.C. agreed to release "Gloomy Sunday", but only as an instrumental. This version was later made into a record. A London policemen heard this particular arrangement being repeatedly and endlessly played in a nearby apartment. He considered this to be worthy of investigation. Upon entering the apartment, he found an automatic phonograph playing and replaying the tune. Next to it was a woman, dead from an overdose of barbiturates. It was this incident which prompted the B.B.C. to reimpose its ban on the song. To this day it has not been lifted.

As a final note, "Gloomy Sunday" was introduced to the U.S. market in 1936. However, getting it recorded was no easy matter. Bob Allen and members of the Hal Kemp band were the first to record "Gloomy Sunday" in the U.S. They were noticeably affected while making the record. It took twenty-one takes to turn out a record good enough to publish. Few people who have ever listened to the melody and lyrics fail to confess that it has a horribly depressing effect.

Finally, it is not surprising to note that Rezső Seress, the composer of "Gloomy Sunday", committed suicide in 1968.
Klikk for å utvide... 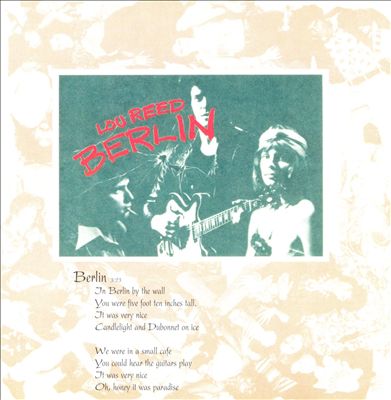 Ribbons of love, please keep me true sane
Until I reach home on the morrow
Never, never to wander again
I'm weak and I'm weary of sorrow
London to Dublin, Australia to Perth
I gazed at your sky, I tasted your earth
Sung out my heart for what it was worth
Never again shall I ramble
There's nowhere left in this world where to go
My arms, my legs they're a-tremblin'
Thoughts both clouded and blue as the sky
Not even worth the rememberin'
Now as I stumble and reel to my bed
All that I've done, all that I've said
Means nothin' to me, I'd soon as be dead
All of this world be forgotten
No words of comfort, no words of advice
Nothin' to offer a stranger
Gone the love, gone the spite
It just doesn't matter no longer
My sky's getting far, the ground's gettin' close
My self goin' crazy, the way that it does
I'll lie on my pillow and sleep if I must
Too late to wish, I'd been stronger
Too late to wish, I'd been stronger

[video=youtube;cWoVnvl9aYc]http://www.youtube.com/watch?feature=player_detailpage&v=cWoVnvl9aYc[/video]
But the times were hard, Lord,
the jobs were few
all through Tecumseh valley
but she asked around
and a job she found
tending bar at Gypsy Sally's

They found her down beneath the stairs
that led to Gypsy Sally's
in her hand when she died
was a note that cried
fare thee well... Tecumseh valley

[video=youtube;jwSKNIJefEQ]http://www.youtube.com/watch?feature=player_detailpage&v=jwSKNIJefEQ[/video]
Sometimes I don't know where this dirty road is taking me
Sometimes I can't even see the reason why
I guess I keep on gamblin', lots of booze and lots of ramblin'
It's easier than just a-waitin' 'round to die

One-time friends I had a ma, I even had a pa
He beat her with a belt once cause she cried
She told him to take care of me, she headed down to Tennessee
It's easier than just a-waitin' 'round to die

I came of age and found a girl in a Tuscaloosa bar
She cleaned me out and hit it on the sly
I tried to kill the pain, I bought some wine and hopped a train
Seemed easier than just a-waitin' 'round to die

A friend said he knew where some easy money was
We robbed a man and brother did we fly
The posse caught up with me, drug me back to Muskogee
It's two long years, just a-waitin' 'round to die

Smile on mighty Jesus
Spinal Meningitis got me down

Smile on mighty Jesus
Spinal Meningitis got me down
O