The M21 Platinum Series is the trifecta of digital to analog conversion. Three independent and user-selectable digital to analog signal paths are available: delta sigma and ladder dac for PCM conversion and for DSD playback, true direct DSD. All digital input types are supported, with direct output or hard-wire bypass of the analog attenuator.

The M21 Digital to analog converter is the continued evolution of both the M1 Special Edition and the M12 Dual Mono Source Controller.

Network Streaming
The M21 connects seamlessly with your network offering one of the most advantages avenues for audio playback. Once detected by your network via wired ethernet, the M21 is recognized as a DNLA device and becomes a powerful media renderer offering pristine data transmission over long distances, without loss of signal or degradation. Now your server can be placed anywhere on the network and run remotely lending to a clutter-free listening environment.

Direct or Analog
The M21 utilizes precise analog gain control for its execution of direct DSD functionality and driving amplification. It features a true hard-wire bypass analog attenuator, setting this control to 0 db makes possible the use of the M21 direct to an external preamp as well. Flexibility is what the the M21 design is all about.

Masterfully connected
The M21 digital input selection is well appointed to fit most any system. It also features a fully differential design which creates a less resistant output signal path, ideal when matched with fully differential amplification like the Bricasti M28 and M15 amplifiers. 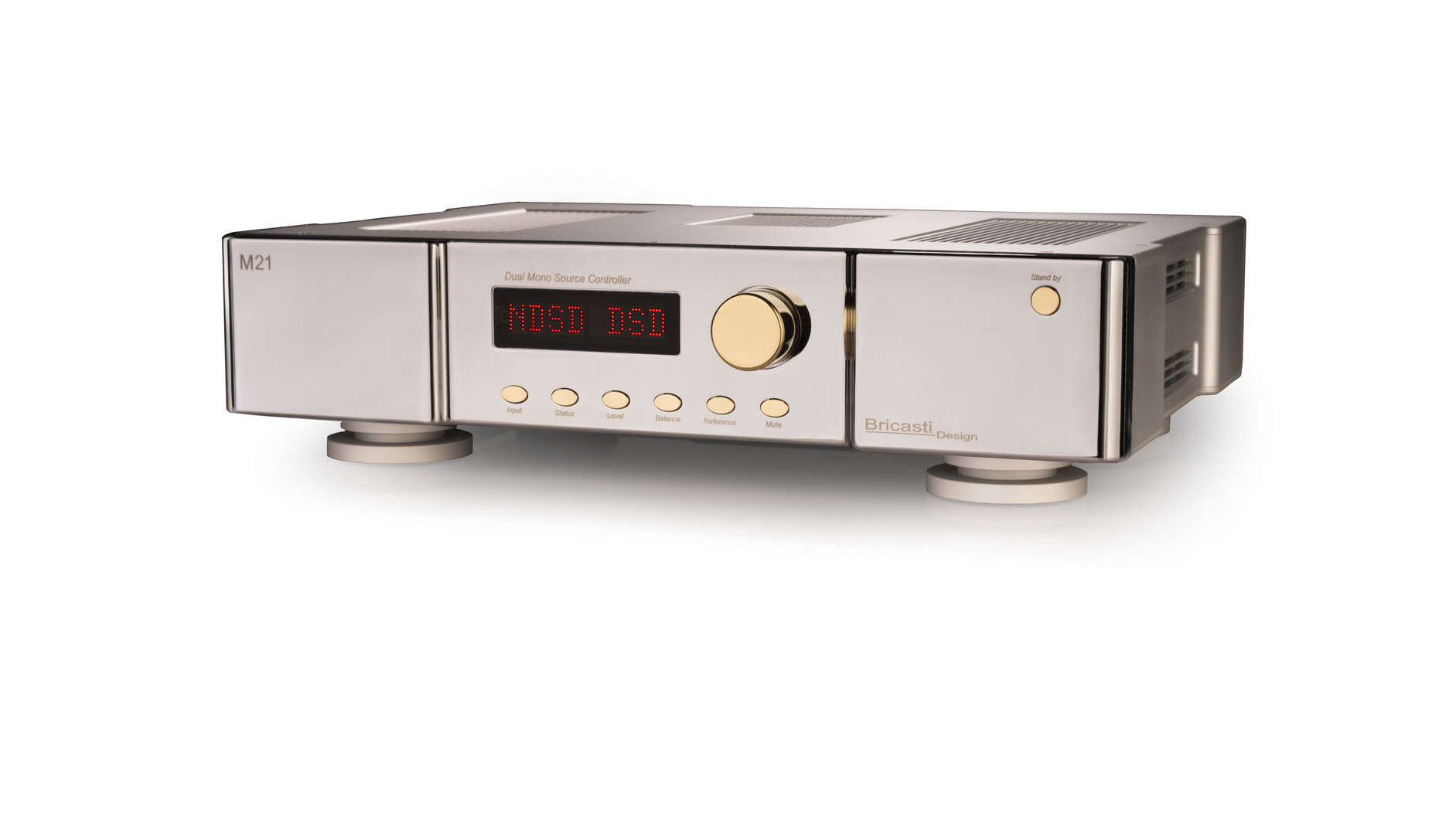